"TMC" is short for "The Magic Cockatiel"

Merlynn TMC (The Magic Cockatiel) was hatched in January 2019 in Mesa Arizona. He was only about 4 weeks old when Magician Leigh Hotz and his wife Mamata came into Arizona Birds to buy a baby cockatiel as a personal pet. When Leigh placed his hand into the nursery cage to move some baby birds around to see everyone, a young whiteface cockatiel with pied/pearl spots jumped right onto Leigh’s hand, Leigh KNEW this was the one for him and his wife.

Since it be another month and have before the bird was weened off the hand fed liquid diet to transition to solid food, Leigh and Mamata came back to the pet shop twice a week to bond to Merlynn. Once Merlynn was ready, Leigh took him home. Since Merlynn was originally was going to be a personal pet, not a working bird for magic, he had his own separate cage from Leigh’s magic show doves.

Merlynn was a great companion for Leigh and Mamata. He learned to talk and whistle a few songs. One day, Leigh was getting ready to go out to do a magic show, and his doves were in the middle of a molt and, while they were healthy, they would not look good for a public show if they lost feathers while they were being produced. Leigh decided to take Merlynn to the show for a simple bird trick. Since Merlynn was finger tame and already bonded to Leigh & Mamata, he felt safe using him.

Merlynn did his part of the act very well and the audience was was ecstatic to see a magician using a bird that was NOT a dove, and had a great personality. Merlynn is so human friendly, we will jump onto the shoulders of almost anyone and start talking to them. Merlynn eventually replaced the doves and became a staple part of Leigh’s act.

The rest is history. Merlynn The Magic Cockatiel has performed in many magic shows including auditions for America’s Got Talent. He now performs card trick, mentalism, and a mini-sword box illusion. He is a quick learner, and will be adding more tricks in the future. 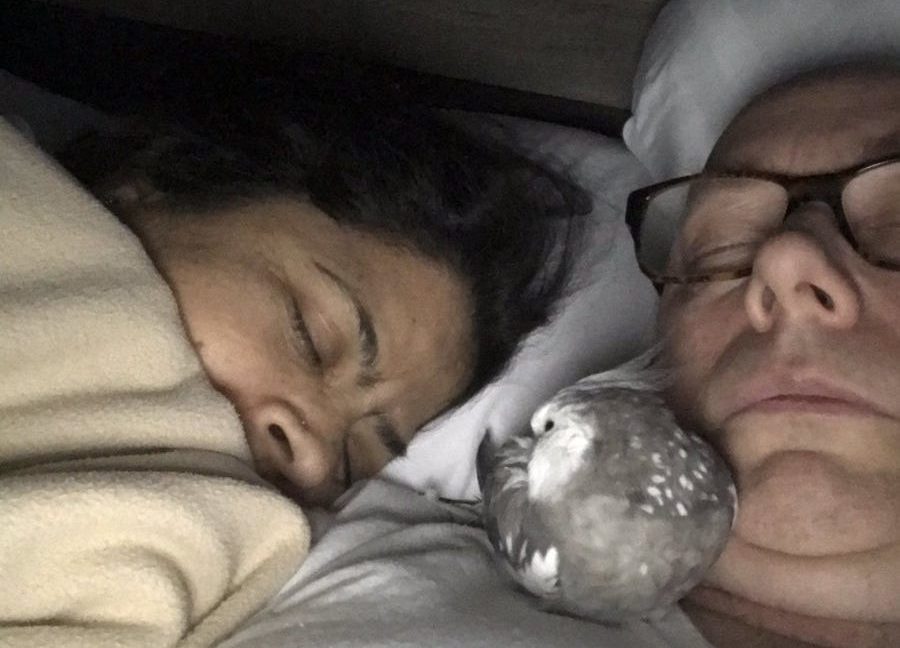 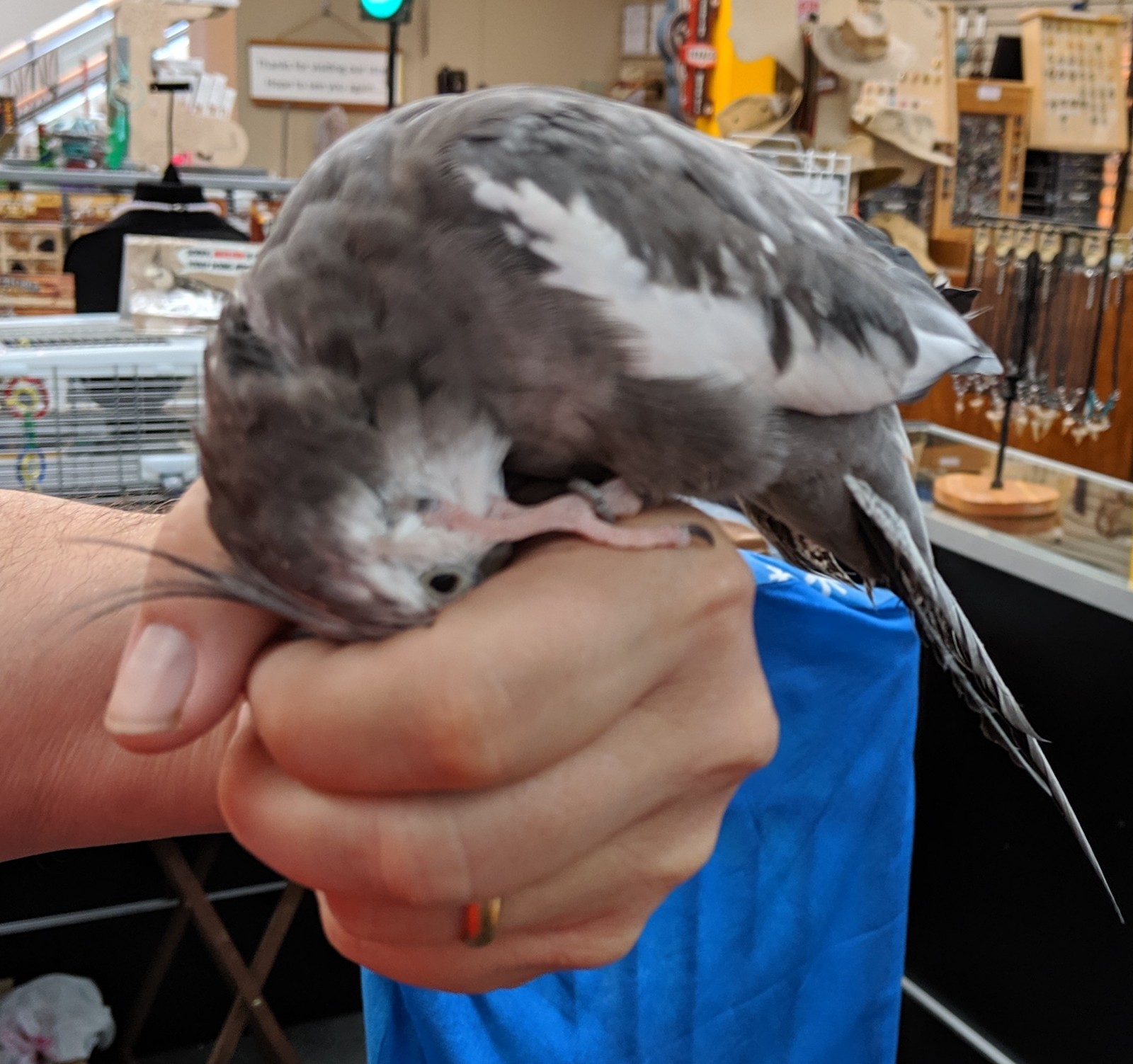